See it in Action!

We have amazing discounts on Lazertag Birthday Parties for kids, teens, and "big kids" :) 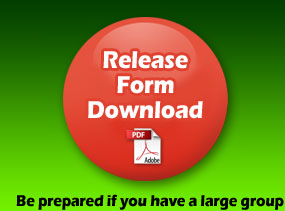 Unlike Anything in Omaha!

We've just renovated our Lasertag system and arena with a completely new Laserforce Next-Gen Black Ops Laser Tag! It offers features and powerups unlike anything in Omaha: 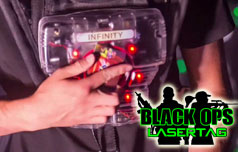 Get your FREE Power Card when buying 2+ games of Lasertag or Unlimited Lasertag. Power Cards are easy to use. Just touch your card to the front of your battlesuit and it will activate your player profile. After your laser tag game, you and your friends can view your stats and achievement progression on one of our 3 touch screen kiosks. 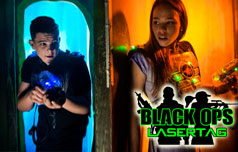 Built into the the skill level system is an automatic handicapping system that creates a level playing field between new players and experienced players. For example, an experienced player with a Power Card who is level 5 or 6 must zap level 1 and 2 players three times to deactivate them. While new level 1 players only have to zap higher players once.

Power Cards let you choose your own unique codename so you can earn awesome laser tag power ups like invulnerability, missiles or even nukes! As you level up you unlock special abilities unique to each level. 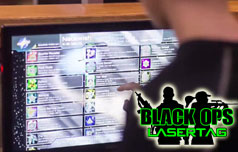 In addition to skill level advancement, players can also participate in challenges to unlock hundreds of achievements. The on-board computer will notify players when they have completed a challenge. After the game, swipe your Power Card on any kiosk to check which achievements you've earned. Unlocking achievements will unlock further more difficult challenges... Are you up to the challenge? Here are some examples: 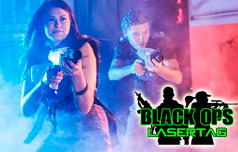 If this is your FIRST game we will have you play a standard game of Black Ops Lasertag which will usually involve 2 or 3 teams. However after your first game we will move you on to the next step to experience INTERMEDIATE Black Ops Lasertag Games. These easy-to-learn games are super fun and a great way for players to hone their skills as they prepare for ADVANCED Games. Read below for details on our 7 most popular Intermediate Games: 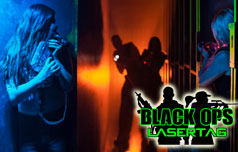 If you've mastered intermediate game modes or are looking for a bigger challenge it's time for ADVANCED Black Ops Lasertag! Learn to fire and evade missiles, detonate nukes, fire accurately, survive on limited lives and more. These game modes are complicated, take several games to learn well, and may also be elimination games. For these reasons, advanced game modes recommended for players with UNLIMITED LASERTAG. 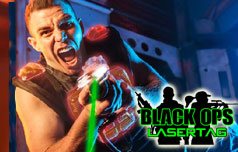 The Family Fun Center XL is home to Omaha's only 3 Level Laser Tag arena! That's right, no longer settle for 1 level, not even 2 levels, but 3 Levels of non-stop Lasertag action. Each level is designed to feel like a different zone, with plenty of hiding spaces but nowhere to get trapped, special effects lights are flashing everywhere, and the entire arena is pounding with adrenaline-pumping music! You've never played lasertg in an arena this good before!

The coolest Laser Tag system needs the coolest theme. Black Ops Lasertag has arrived. You've been trained to become an elite special forces unit sent anywhere your help is needed. Your should speakers will take you right into the action of combat with Black Ops special effects and instructions from your commanding officer. The arena is equipped with 8 special white-flashing military targets which only take one shot to get easy extra points. There are multiple video-beacon targets in different areas which you can shoot for awesome powerups or special scoring based on the game mode. And for team games we have bases for up to 3 teams which are evenly spread out in our arena for balance team play. Bases are used for receive power-ups, destroyed for points or even captured and more depending on the game mode.

Want to be fully prepared for Black Ops Lasertag action BEFORE you arrive? Then watch our briefing video below so you'll know just what to expect. (Note: all players are still be required to watch the video before games for safety & legal reasons)