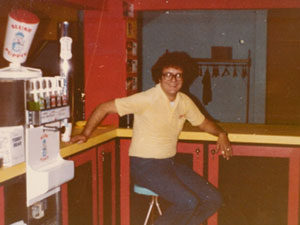 The idea for starting the Family Fun Center came to our founder, Eddie Reznicek, when he was playing outdoor miniature golf on a family vacation. It was hot and the air was thick with mosquitoes, but he saw that there were many people playing in the midst of it all. He felt that there must be a more enjoyable and comfortable way to enjoy a game of miniature golf with his family than in those uncomfortable conditions. In 1980 Eddie decided to sell his partnership in his abstracting business and open an indoor miniature golf course in Fremont, Nebraska where he was living at the time. He has extra space after designing the golf course, so he decided to put in a few of these "video game" things that seemed to be growing in popularity at the time. Looking to expand, he opened a second location in Grand Island, Nebraska. In this location he decided to double the amount of video games that the Fremont Family Fun Center had offered. Still not satisfied with the volume of business he took a gamble in 1982 and opened a third location in Omaha since it was the largest city in Nebraska. He found a large vacant building on the busiest intersection at 72nd and Dodge. This location did such a large volume of business compared to the other locations that he made the decision to close the Fremont and Grand Island locations within a year and focus on the Omaha location only. 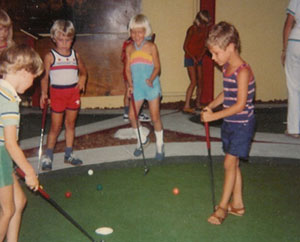 At its opening the Omaha location featured 36 holes of indoor miniature golf, and Eddie decided to go with his heaviest mix of video games of all 3 locations by putting about 100 video games in. This made the Omaha Family Fun Center the largest arcade in the entire Midwest at the height of the golden age of arcades. Gradually even more miniature golf holes where removed to make more room for the popular video games until Eddie finally settled on 9 holes of mini golf. In addition to video games, the extra space was used for more attractions to make it a more complete entertainment experience with attractions like Trampoline Spaceball, Air Hockey, Skeeball, Pool, Basketball and many others.

Over the past 25 years the Fun Center has gone through many changes. Some of our most recent changes have included a new 7,000 square foot addition on the back end of the building in 2002. And in 2006 we had our most significant change to our exterior with a complete redesign of the front of our building. Even more noticeable to the traffic on 72nd and Dodge was a brand new sign. This wasn't just any sign; it's a huge 25-foot video game with a gigantic electronic message sign that acts as the monitor of the game. Read below for more of the Omaha Family Fun Center's main historical points: 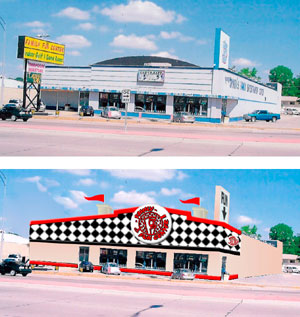 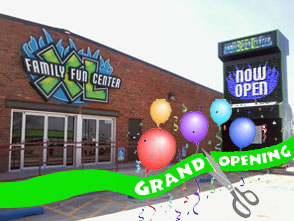